A Jazz Legend Returns to the Road 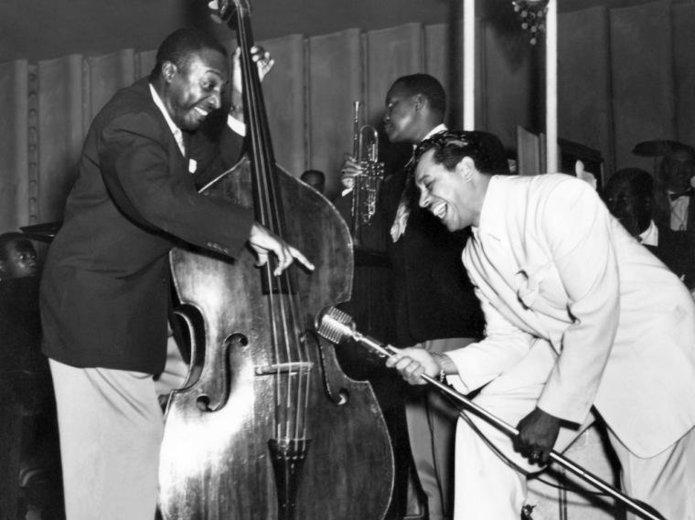 A one-of-a-kind exhibition created by the Oberlin Conservatory Library tells the story of one of the most prolific jazz musicians of the 20th century: concert performer and session man Milt Hinton, whose seven-decade career intersected with everyone from Dizzy Gillespie and Cab Calloway to Barbra Streisand and Paul McCartney.

Playing the Changes: The Life and Legacy of Milt Hinton initially appeared at Oberlin and in several northern Ohio venues, including the Cleveland Public Library. It is now on the road for a tour of historically black colleges and universities (HBCUs) across the United States that will extend beyond 2021.

A standout bassist, Hinton was also a talented photographer who captured thousands of unguarded moments with his fellow musicians on the road and in the studio, as well as rare glimpses of the segregation faced by black Americans early in his touring career.

In 2014, Oberlin established a relationship with the Hinton estate that included the transfer to Oberlin of four prized basses and countless other artifacts—financial records, correspondence, date books, and more—amassed by Hinton throughout his life, as well as establishment of the biennial Milt Hinton Institute for Studio Bass at Oberlin. The Hinton Collection at Oberlin was inspired by David G. Berger and Holly Maxson, longtime friends of Milt Hinton and his wife Mona.

From that collection emerged Playing the Changes, which showcases dozens of Hinton’s finest photographs and tells the story of his life in music. Each host venue also coordinates related academic offerings and other programming, and students at each school take part in a practicum on exhibition installation led by Heath Patten, Oberlin College Library’s curator of visual resources. 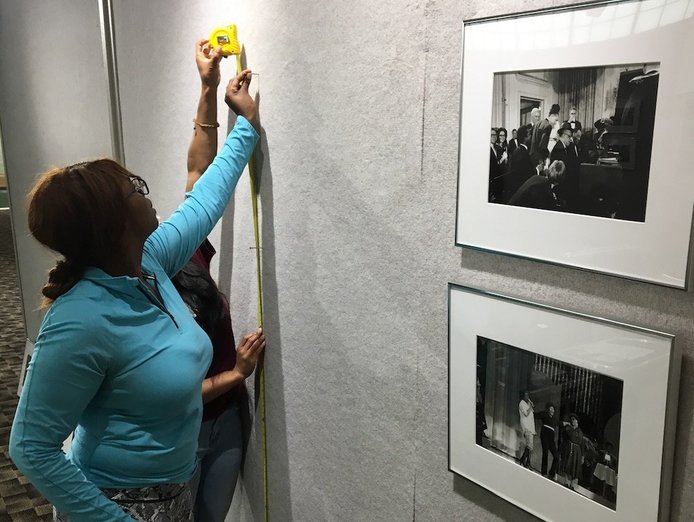 “We encourage the students to think about how they can take an installation a step further,” Patten says of the course. “It’s a conversation about audiences and how people interact with exhibitions and why we choose certain elements of design and flow, how we want people to move through an exhibit, and what they want that experience to be. We also have to consider the uniqueness of the space, and that becomes fundamental to what we can do.”

In recent years, Patten has been part of the Oberlin teams that have created exhibitions on civil rights activist Mary Church Terrell OC 1884 and Oberlin’s historical support of coeducation and the suffrage movement. 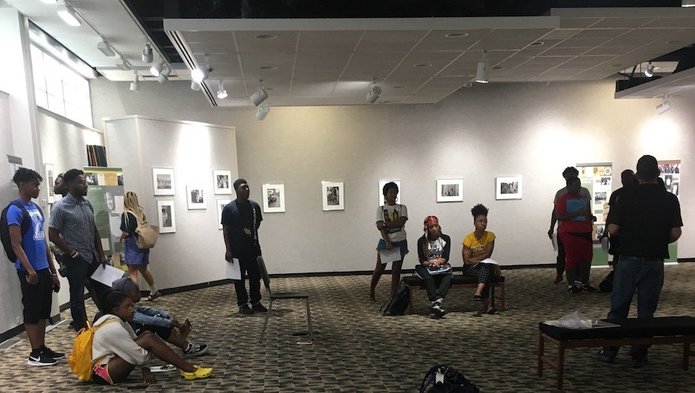 In July 2019, Playing the Changes began its scheduled two-year tour with three months at the University of Arkansas at Pine Bluff. From there it took up residence at Morgan State University in Baltimore through December. The exhibition was on display at the Diggs Gallery at Winston-Salem State University in North Carolina when the COVID-19 pandemic forced museums and galleries everywhere to close their doors. Its travel plans remain in flux as cities and states across the U.S. continue to assess guidelines for reopening.

Playing the Changes: The Life and Legacy of Milt Hinton is generously supported by the Berger Family Foundation so that Oberlin College can help ensure that the Hintons’ legacy will be passed to future generations. The exhibition's current tour of colleges and universities is organized by Caryl McFarland, director of the HBCU Alliance of Museums and Galleries.