With the establishment of the first college library at Oberlin in 1884, already the community and library staff had begun collecting and organizing what was to become the Anti-slavery Collection. However, Special Collections was not recognized as a separate department of the Libraries until 1974 with the opening of the new Mudd Center building and the creation of a secure vault and Goodrich Reading Room. 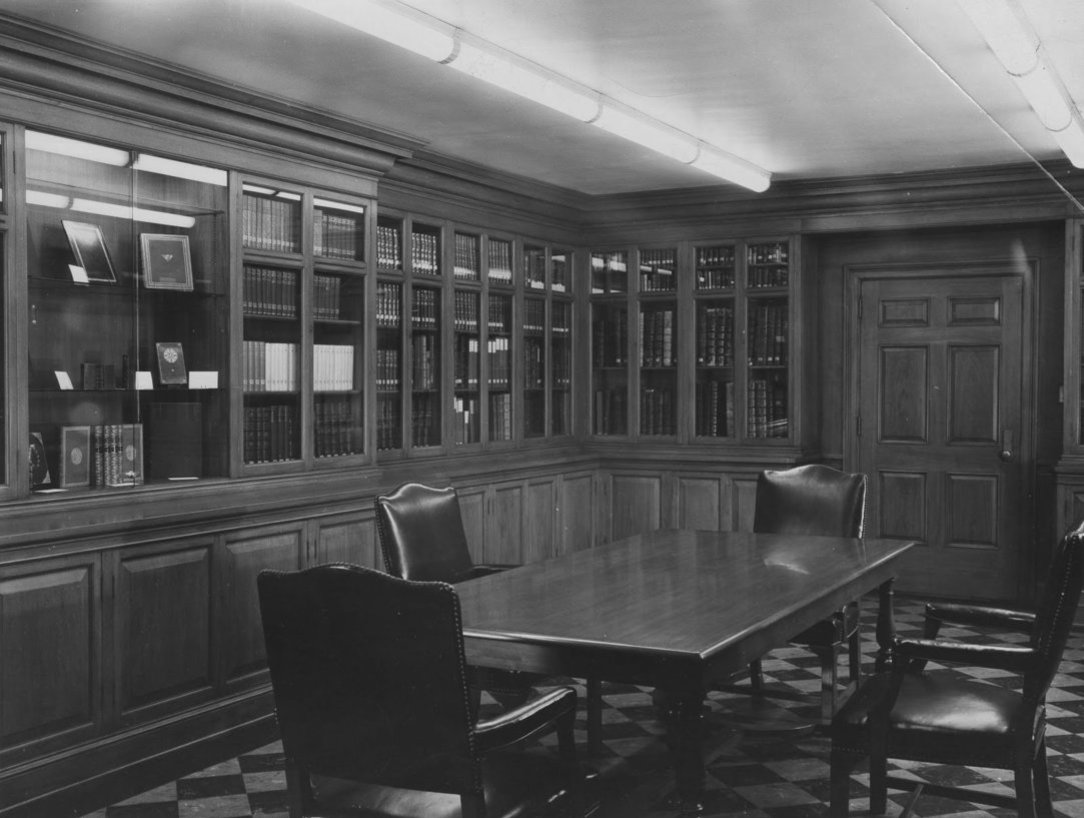 With the Library's move to its current location in the Mudd Center, Special Collections were drawn together from numerous locations in the former Carnegie Library including what was the Miller Rare Book Room.

At first, the department was staffed by a retired volunteer librarian named Mary Cowles. Dina Schoonmaker was appointed as the first Special Collections Librarian in 1982 and worked there until her retirement in 1996. She was followed by Whitney Pape (1998-99), and Ed Vermue who has been in the position of Special Collections Librarian since 2000. The Goodrich Room, the Special Collections and Archives reading room, was extensively renovated in 2012, adding an electronic classroom - made possible through a donation by Margarate Forsythe (OC Class of 1946) - to facilitate teaching with rare and archival collections.

Art Special Collections have been housed in the Clarence Ward Art Library since 1976 as part of the Venturi Art Building. The Conservatory Special Collections unit was added in 2011, and music collections were moved from the Main Library to the Kohl Building in that same year, coinciding with the appointment of a new curator of the James and Susan Neumann Jazz Collection. A separate reading room for patrons was added in the Conservatory Library 2015, and in 2017 a separate teaching collection consisting of slides and study prints was incorporated into the library system as the Visual Resources Collection.