History of the Collection

The Annapolis Brass Quintet, founded in 1971 by trumpeter David Cran and bass trombonist Robert Posten, was the first full-time performing brass ensemble in the US.

Over the course of its twenty-two year history, the Quintet received critical acclaim and drew enthusiastic audiences in all fifty states and throughout Europe, Asia, the Middle East, Central America, and Canada. The ensemble's strong commitment to expanding the repertoire for brass quintet led to the publication of many of its own editions of existing music, numerous commissions of new works, and over seventy-five world premieres.

The Annapolis Brass Quintet, with a final roster of Cran, Posten, Suggs, Wells, and Tiebert, disbanded in 1993, but reconvened for a single concert in memory of the late Charlie Byrd, which was held on December 17, 2000, in Annapolis, Maryland. The Quintet's long collaboration with this legendary American jazz and classical guitarist and his critically acclaimed trio is documented in over fifty joint concerts throughout the United States, Christmas concerts in Annapolis, and two recordings: Byrd and Brass, and Christmas with Byrd and Brass.

The Annapolis Brass Quintet's first extended tour of the United States was in 1972, and included eight Midwestern states. Subsequent travels took them across the US, with appearances at a number of college and university campuses, on prestigious chamber music series, as featured artists at festivals including the Chautauqua Festival, the Bar Harbor (Maine) Festival, and the Rockport (Massachusetts) Chamber Music Festival, as well as in concert in hundreds of small towns.

The Quintet held summer residencies at Yale University's Norfolk Chamber Music Festival and the Peabody Institute. They were Ensemble-in-Residence at the International Music Camp in North Dakota for five summers, and from 1975 to 1982 at Artpark in Lewiston, New York. It was there that they developed Chamber Music Feast, a highly acclaimed annual series of collaborative concerts for brass quintet with string quartet and vocal sextet. Other chamber music partnerships for which they commissioned music included brass quintet with harp, vocal quartet, mezzo-soprano, narrator, jazz trio, and multiple brass quintets.

In 1980, they established the International Brass Quintet Festival in Baltimore, a month-long summer festival at which leading professional brass quintets from the United States and Europe were invited to perform as resident guest ensembles. The festival became recognized as a major forum for brass chamber music, offering a record number (over 200) of free public concerts, in addition to workshops and seminars for students and professional brass players. In 1987, the Quintet organized the Rafael Mendez Competition for brass quintets, designed to assist talented young ensembles from around the world in launching their careers. The Quintet was appointed distinguished Artists-In-Residence at Salisbury State University in Maryland in 1989, and, during the 1992-1993 season, at Mary Washington College in Fredericksburg, Virginia.

The Annapolis Brass Quintet toured Europe annually between 1975 and 1993. Noteworthy appearances included, in 1976, a performance in Vienna's Brahmsaal, the first major concert of brass music ever to be presented there, and, in 1978, the Critic's Award winning performance in Munich of Elliott Carter's Brass Quintet. They were featured artists at the Barcelona Festival in Spain, the Carinthischersommer in Austria, the Festival of American Music in Portugal, the Lille Festival in France, and they held residencies at the Festival des Cuivres in Dijon, the Innsbruck Conservatory, the American Institute of Musical Studies in Graz, Austria, and Vestfold Sommerakademie in Norway. In 1981, under the auspices of the U.S. Information Agency, the Quintet undertook a four-week tour of Asia, including performances in Taiwan, the Philippines, Sri Lanka, Hong Kong, and India. Two years later, a second tour of the Far East was extended to North Africa, with concerts in Egypt and Tunisia.

On April 27, 1993, in commemoration of the Annapolis Brass Quintet's final concert, Senator Barbara A. Mikulski, from Maryland, congratulated them on the floor of the U.S. Senate. Her tribute read:

"in recognition of the contributions that the Annapolis Brass Quintet has made to brass chamber music. During its 22-year history, it has entertained people around the world and has positively influenced the development of its genre. Its members have achieved a truly high standard of artistic excellence and, together, represent what is best in American music." 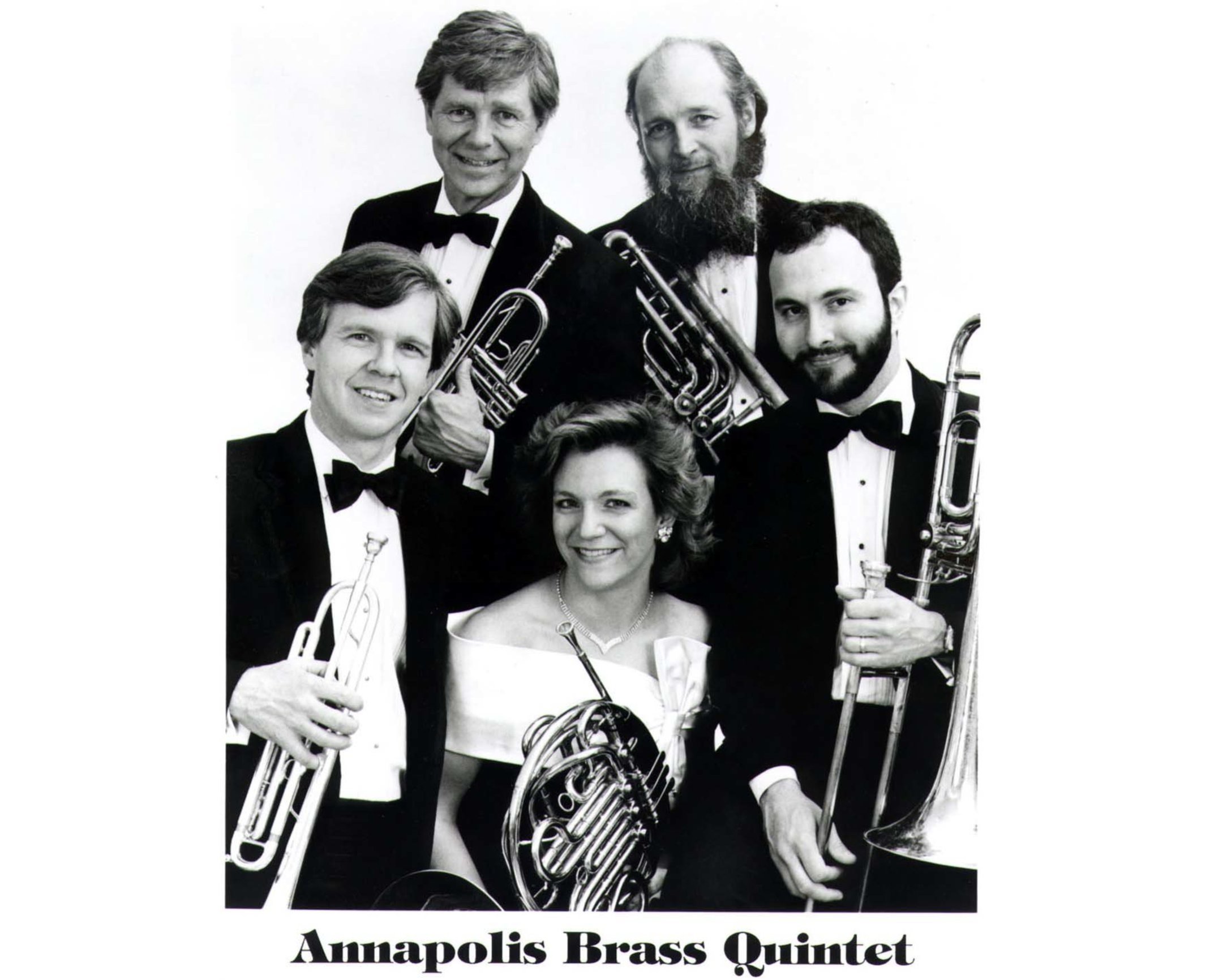 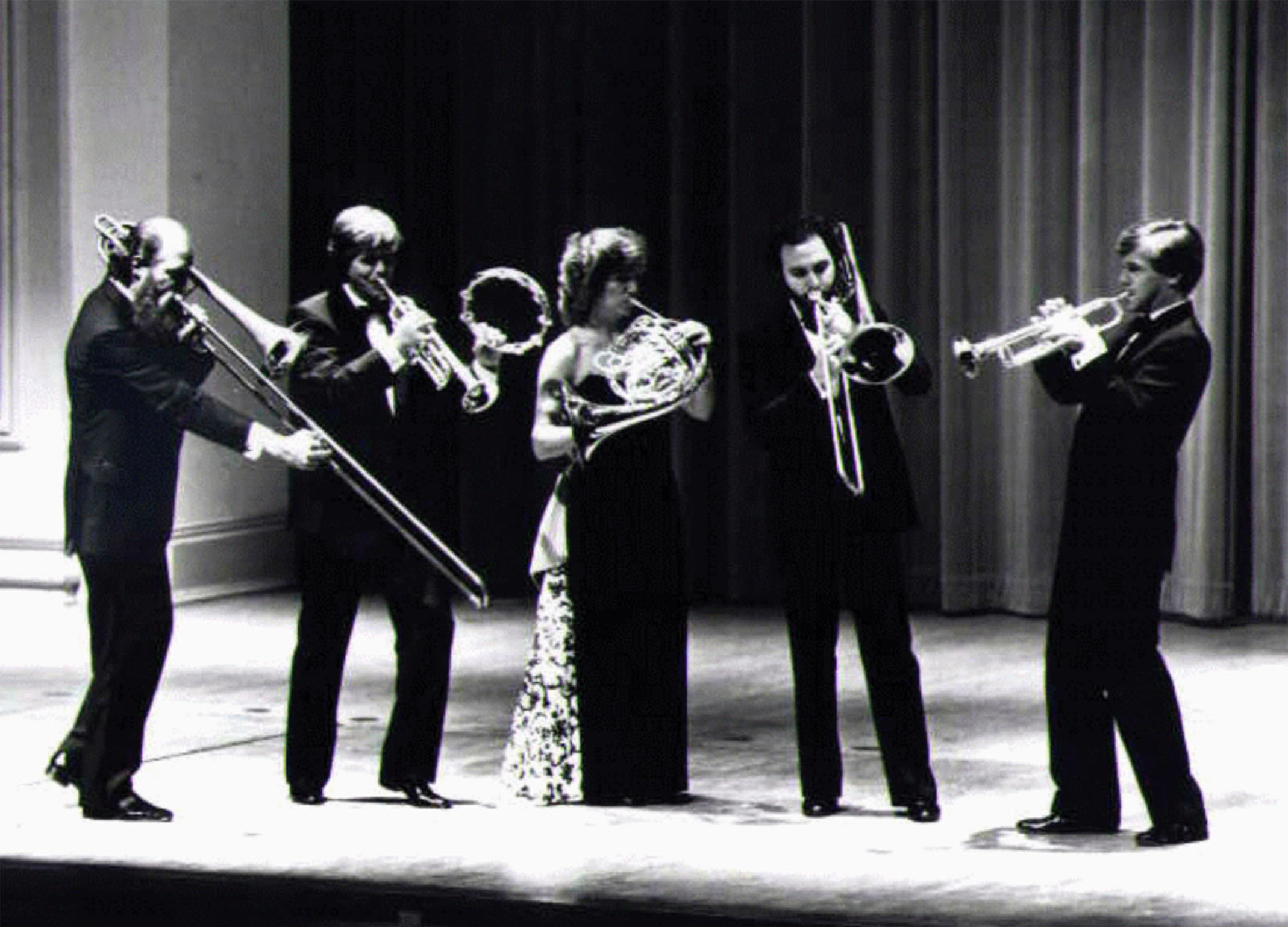